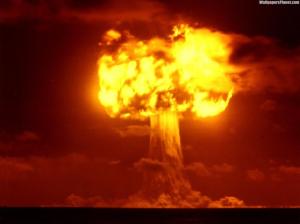 We all are pretty much aware of the hype about the Mayan calendar and how this is supposed to be the final year that this planet survives.  I didn’t buy into any of it but if you assess the happenings of the past month you may be changing your mind as well.

John Travolta, the guy that broke women’s hearts in Saturday Night Fever, has been accused of groping the packages of three different men during a massage.  Just a few years ago we would teach abstinence in our schools to prevent teen pregnancy….now Teen Mom’s are big stars on TV.    Women that had anger issues and drinking problems are the type of people you would expect men to avoid—-now they are referred to as “Real Housewives.”  We had a guy in Miami that was nude and eating the freaking FACE off of a homeless guy and some guy in New Jersey was throwing his own intestines at the police.

The biggest city in our country is gonna limit the size of soft drinks because they are concerned about our health yet you can still buy an extra-large pizza with triple cheese.  Next thing ya know detainees at Guantanamo Bay will claim to have been tortured by Sesame Street characters.  What???  They have????  Time for me to get ready for a garage sale because it seems like we have about six months left.