You will need ADOBE FLASH PLAYER to hear audio on this page.  Get it HERE

Danny believes in creative and compelling content.  He perceives every day events in a cerebral way that is a unique perspective that has disappeared from the medium.  Click below for a sample.

No “College of Knowledge, “Dirty on the 30” or “Pet of the Week.”  That is not “winning radio.  That is a waste of time and an instant tune out.  There is nothing fake about his show and that is the main reason there is almost an instant connection with him and his listeners.

He is the Prince of Pun, The Lord of Laughter, and the Wizard of Whoopie

Danny can also make noise at your sports talk station.  50% sports and 50% sports lifestyle.  The one thing he excels at is his quick hitting comebacks.  Step into the ring and listen for yourself.

Danny explains the difference between Captain Kangeroo and Mr. Rogers. 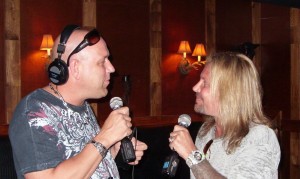 Danny anchored the WRMF Morning Show for nearly seven years.  He dominated female demos and was consistently number one in the 25-54 persons demo.

Danny writes and executes MANY phone scams.  When there was a dispute with the Palm Beach County Board of Elections.  Danny posed as a member of the Board and he called his victim who was “allegedly” the source of all the problems. 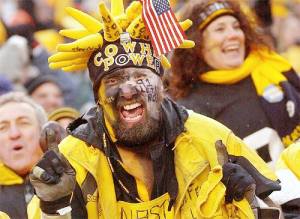 Imagine thinking you were going to the Steelers AFC Championship game.  In this phone scam Danny calls the victim to tell him there is a “problem” and that just won’t be happening. 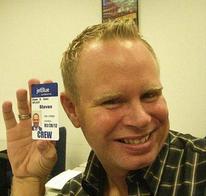 In this phone scam Danny calls a guy that complained to his wife the TSA agent at the airport was WAY friendly.

Here is another demo of Danny’s work on WRMF.  Make sure to listen in its entirety or you’ll miss the very funny and uncomfortable moment with Richard Simmons.

We all have had our share of BAD roommates.  What happens when your roommate thinks he’s a vampire and tries to BITE you?  This happened recently and Danny lends his insight to this unique situation.

Check out Danny ON THE AIR in his hometown of Cleveland back in 1997!