I am so tired of explaining this but it’s back in the news after Israel failed in landing an UNMANNED spacecraft on the moon this week.  I get ridiculed all the time I bring this up but I will NEVER trust our government.  We are told what we NEED to hear and are conditioned NOT to question what they tell us.  When is the last time that government got involved and it was good?  Part of my mantra is “trust is earned; not handed out.”  What has our government done to insure your trust?  Let me save you the effort…..NOTHING!  It’s a cesspool of corruption and self entitlements.  Look at everything the government has it’s hands on:  IRS, Social Security, Medicare, etc.  Fail…Fail….Fail.

Let’s look at facts:  Space Shuttle 135 missions to ORBIT the earth.  Shuttles Challenger and Columbia were destroyed during their mission and we lost fourteen astronauts.  The Apollo missions resulted in (sic) six moon landings between 1969-1972.  Now we wanna go back?  The moon race in the 60’s was a race between America and Russia.  We were in a cold war and needed a jolt of nationalism.  Why not go to the moon?  Have you ever been to a space museum and seen the capsule our astronauts returned to orbit in?  I’d feel safer in an AMC Pacer crashing into a pole.  Let’s look at this story in more detail.  This shitty capsule traveled 238,900 miles from the moon and then just drops in the ocean within miles of the awaiting Navy ship?  Is this a ten year old explaining who ate the last piece of cake to his mother?  It doesn’t sink.  It doesn’t burn up.  Astronauts are not impaled upon a remote control stick from an Atari that acted as their compass into the aforementioned ocean?  What the hell is going on here?  This makes absolutely no sense but I, the one that is calling bullshit, am looked upon as a nutball.  I just wanna understand why we need to go back if we have been there before.  Perhaps we never were there?  That makes a lot more sense than what our government has been telling us since 1969.  If you need me…..I’ll be in my bunker.  Thanks for reading.

Life is strange…….at least mine is.  We all make mistakes but mistakes are how we learn.  I’ve made countless mistakes so I should be pretty smart but the only thing this proves is that I have a superfluous amount of mistakes yet to endure.   Having said this I thought I would share some of the lessons in life I have learned.

It took me many years to figure out these proverbs of wisdom.  I look forward to the mistakes I will make today to create my lessons of tomorrow.

Who does Danny wanna smack in the face.  Smoking weed with Ben Carson.  Our poor astronaut lands and he doesn’t get “me”time……and so much more.  Click below to listen.

Danny talks about strip clubs, guys that go into sex shops, and how aliens supposedly ended the Cold War. 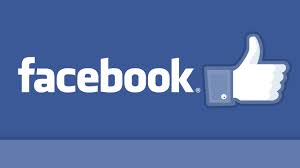 I am a chronic facebooker.  I think it’s a great social media tool to stay in touch with friends, make new ones, and learn from others if you are open to a different opinion than yours.

Opinions can’t be wrong….they are just the way someone feels but the person that posts their opinion believes it to be true.  For instance:  I believe we never landed on the moon and the Shuttle missions were mainly used to deploy military spy and defense satellites.  A lot of people then would join the thread and call me crazy, paranoid, anti-American and probably an animal hater.  It’s just my opinion….no need to dink the hater-ade (although I AM right).

Some other random thoughts on facebook; people that use a picture of their pet or an avatar freak me out.  Checking into Wal-Mart is not a huge accomplishment.  If your kid is having a birthday then it’s obligatory to post a pic of your kid with cake on his face.  When someone switches their status to “in a relationship” I always wonder how long it will last until they change it to “single.”  There is no reason to poke anyone.  If I wanted to play “Candy Crush” I would already be playing…your invite doesn’t sway me.  I’ll look past the “toes in the sand” and the “I have a drink with a lot of fruit in it” because that is just to big of a battle to fight.

I could be wrong….but it’s just my opinion.

Have ya heard that the sky is REALLY falling?  Within the next 24 hours twenty-six pieces of space junk will fall to earth.  Space junk?  Sounds like something an astronaut would pull out of his suit after too many patrons.  NASA tells us that the chance of any one person getting hit with debris is 1 in 3,200.  The heaviest piece of debris will weigh 348 pounds.  I’m not sure how YOUR luck in life has been but after reading this I am fully expecting  to get crushed by the weight of an NFL lineman within the next day.

So ya get pummelled by a piece of space junk.  What is your next move?  This is America so we sue.  Who ya gonna sue the government?  The government is broke and in huge debt so even if ya win your case you’re not gonna collect.   Our government only has disposable cash for foreign interests.  With these obstacles in mind I have come up with a solution my friends!!!!

Befriend an illegal alien and make sure they don’t leave your side for the next 24 hours.  You can usually find one in the parking lot of a Home Depot in the early morning hours or reporting for housekeeping duties at the home of one of our elected officials.  Stay close to him or her as some of these pieces of space junk are small enough that they will only take out one person.  I plan on carrying mine on my back like a pappoose.  It may be difficult to manuever for a day but  that’s the price you have to pay to protect your rights as an American.  If by chance you and Jose get wiped out by some space junk then your family will be sure to collect because you were collateral damage in our inadvertent attack on a foreign country.

Ya gotta be thinking in today’s world.  Now to put on my football helmet and go for a run!!!