Life is strange…….at least mine is.  We all make mistakes but mistakes are how we learn.  I’ve made countless mistakes so I should be pretty smart but the only thing this proves is that I have a superfluous amount of mistakes yet to endure.   Having said this I thought I would share some of the lessons in life I have learned.

It took me many years to figure out these proverbs of wisdom.  I look forward to the mistakes I will make today to create my lessons of tomorrow.

What has happened to honesty?  Why are we afraid to speak the truth.  Click below and take a ride through DANNYLAND!

Say “hi” to my new roommate.  He HATES my Trump hat.  Click below  for the latest adventure in Dannyland! 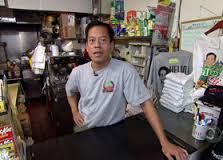 GREAT stuff to close out the week.  Only weird and warped stuff from the debate last night.  Naked pictures on a smart phone gets teacher fired.  Pam Anderson tells us where one of her kids was conceived. 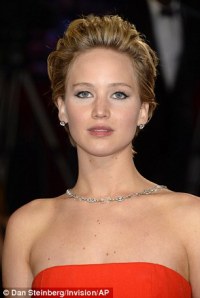 I have an iPhone.  I am not a celebrity.  I also don’t have a picture of my wang in my camera roll.  For the past three days now we have heard from celebrities that are “SHOCKED” that their camera phones were hacked and their nude selfies have been splattered across the internet.  Well let me slap you a dose of reality.  If ya wanna get naked with your better half I’m all for it but if ya don’t want to take the chance that a picture of your venus mound is gonna be on TMZ then don’t take a picture of you in your birthday suit with your smart phone.

Ya ever need to go and get your phone looked at?  You’ve had problems with it for hours and fear the worst but some 17 year old kid with bad skin fixes the problem in thirty seconds.  We all have seen this happen so where is the news when a serious hacker is able to crack the code of a smart phone?

Kate Upton has made millions showing off her massive cleavage and now she is “OUTRAGED” by a nude selfie of her and her boyfriend, Detroit Tigers pitcher Justin Verlander, posted on the internet.  If I were Kate I’d be “outraged” as well as there are more curves on the body of her boyfriend.  Put down the camera phone, call room service and order a burger.

Ya notice all the affected celebrities are women?  I guess only politicians are worthy of having their wang being newsworthy.   My other guess is that the female body really is beautiful.  A naked dude looks like he’s breaking the law and let’s be honest about the penis…..not very attractive….kind of resembles a very long thumb minus the nail.

These celebrities are all saying they are “victims” and that is one thing I agree with—victims of not using common sense.