Born  in Cleveland, Czekalinski was bitten by the radio bug at an early age.  He used to call in to WGCL’s “Amateur Hour” every weeknight trying to make it on the air with jokes or stupid impressions.  From the age of fifteen, he knew what he wanted to do with his life.  After graduation, Czekalinski went to Ohio University for 2 years but came back to Cleveland to try and break into the radio business on his own.  The first job he was offered he loaded all of his possessions into the back of his 1981 Dodge Omni 024 and drove 1,000 miles to Wichita, Kansas to be the overnight announcer at KEYN-FM.  He took the “radio name” of Danny Douglas and his career had begun. 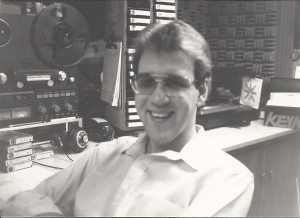 Czekalinski loved radio but the culture shock of being in Wichita made him look for work closer to his hometown of Cleveland and he took a job with WKLQ in Grand Rapids, Michigan as overnight announcer.  The format was Top 40 and Czekalinski moved up the ladder rather quickly.  He was promoted to the 6-10 PM slot and he quickly took that daypart to number one ratings and remained on top until he was promoted to afternoon drive in May of 1989.  Czekalinski had always wanted to perform in morning radio so once again the job search was under way and he was offered and accepted the position of morning drive at KJYO-FM in Oklahoma City. 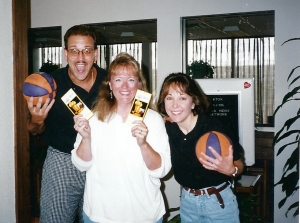 The challenge in Oklahoma City was similar to the one he accomplished in Grand Rapids—take the station to number one.  Czekalinski was with KJ-103 for four and a half years and left in January of 1995 with the station number one in all of its target demographics.  The reason for his departure was an offer that would prove to be his greatest challenge and his greatest accomplishment.

KMXV-FM in Kansas City was a “sick” radio station that was ranked 13th in the market and they needed someone to make the city realize they were even present on the radio dial.  The offer of working in the 26th largest radio market in the country and the challenge that was before him was too much to pass up and in January of 1995 Czekalinski hit the ground in Kansas City and the battle was on.

The success of Czekalinski and KMXV is one that was the talk of the radio industry in 1997.  After seven straight increases in ratings since his arrival, KMXV (Mix 93.3) became the number one rated radio station in Kansas City in the spring of 1997.  The almost insurmountable climb was noted and recognized by Radio & Records, Hitmakers, Billboard Magazine, Friday Morning Quarterback and virtually every other radio trade magazine.  What had happened in Kansas City had not happened to a radio station in that large of a market in quite some time.

In September of 1997 Czekalinski got a phone call from WMMS asking him if he’d be interested in anchoring their morning show.  In retrospect Czekalinski says “It was a case of the heart ruling the mind.  I knew in my heart that I wanted to come back home but in my mind I knew this wasn’t a good situation.”  Two weeks after Czekalinski accepted the job offer WMMS was sold and the station was in disarray.  Czekalinski left the station in January of 1999 . 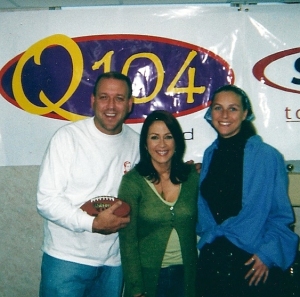 Czekalinski was inundated with offers in larger markets but he says leaving Cleveland was never an option.  WQAL and Czekalinski reached agreement in June of 1999 and since that time Czekalinski has established himself as a dominant force in the 25-49 female target demos.  A three-time A.I.R. award winner as “Best Cleveland Morning Show,” Czekalinski is relentless in his show preparation and usually spends six hours a day researching topics and material on the internet.  Czekalinski is recognized on a national level as one of the best at instigating compelling phone topics and is a featured writer in the Morning Mouth magazine. 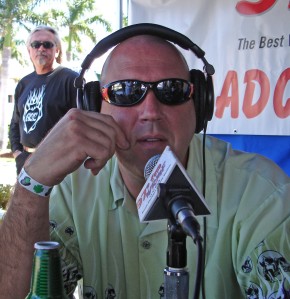 In March of 2004 Czekalinski relocated to West Palm Beach, Florida to anchor mornings at WRMF with market legend Jennifer Ross.  Czekalinski had become familiar with the area since his mother moved to South Florida in 1987.  Being an “only child”, Czekalinski wanted to be closer to mom yet was not willing to compromise his career by going to a station that was not known and respected on a national level. 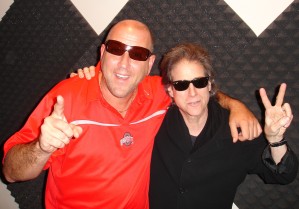 Since his arrival WRMF has consistently been ranked number one 25-54 persons as the station made a successful transition from AC to Hot AC. 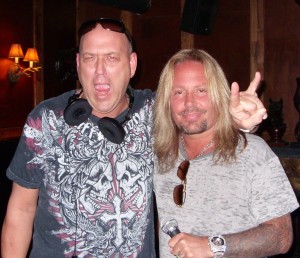 A love for his craft can best be illustrated in his own words:  “With the microphone comes a tremendous amount of responsibility.  I owe it to my listeners to give them the very best every day and I expect the same from my crew.  I live a life outside of radio but I live my life ON the radio.”