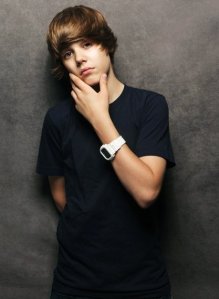 If you’re gonna play in the adult world then ya better get ready for adult problems.  Justin Bieber is just seventeen years old.  He sells out twenty thousand seat venues across the world, is recognized everywhere he goes and has enough money to never have to work another day in his life.  Allegedly he shared some of his “teen-seed” with a groupie backstage in San Diego, has a three-month old baby by this princess, and she’s suing for paternity.  WOW!

When I was seventeen there wasn’t a posse’ of estrogen circling the wagons at my house.  I was making beer bongs in my basement.  I didn’t have screaming girls throwing themselves at me, rather, it was the polar opposite:  I approach girls and they leave screaming.  I really didn’t need supervision or advice about sex because there were no willing participants of the required gender to create such a compromising situation.  I do remember my father giving me some rather prehistoric advice:  “Don’t soak it too long.”  I’m not kidding.  Suddenly my mission statement down the road to the discovery of my own sexuality paralleled a Palmolive Dish Soap commercial campaign.

Justin Bieber makes a lot of money for a lot of people.  He knocks up some groupie and that cash cow is gonna dry up FAST.  The brand is tarnished.  The image is ruined.  He has no choice but to go Country!  With SO much money on the line there is NO WAY this kid was left to put himself in such a situation.  But did BIEBER tell his “people” to back off? Did he say he wanted his 30 seconds of private romance in a backstage bathroom?  He has to know he is the reason, he is the vortex and he is the brand.  You could see where the “adults” would bow to the child.

Bottom line:  money doesn’t buy knowledge and at seventeen you need supervision.  Side-bar to Bieber:  Be proud of those thirty seconds.  At seventeen…..that makes you the mayor!