Today I am very emotional and very lucky.  My life has changed because of what happened a year ago today.  Click below to find out what that was and we do our usual silly stuff as well. 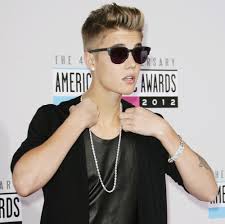 Justin Bieber is simply a spoiled brat that is in need of a good spanking.  I would want to go backstage just to put this punk over my knee and hit him with my mother’s wooden spoon.   We are to blame, as a society, for creating this monster.  Justin Bieber (for whatever reason) is a pop star.  That’s where it should end.  He shouldn’t be expected to exemplify good morals and good behavior.  He shouldn’t be considered a “peer” among your teenage kids.  The only “role model” a child should have is their parents.  That’s the responsibility you signed up for when you decided to bring a life into this crazy world.

Justin Bieber expects to be treated differently.  He expects you to “kiss the ring.”  He illustrates his gratitude of becoming a multi-millionaire through teenage concert ticket sales by spitting on his fans from a hotel terrace.  I shouldn’t just single out Justin Bieber for the list of pop culture vermin is long and plentiful.  Kim Kardashian became a star because a video tape of Ray J putting his tool in her “no-go hole” went viral.  I’m sorry but if that is what it takes to be a “star” I will pass on the initiation.

I am amazed by those that follow and revere any of the “Real Housewives.”  If ya wanna laugh at them and their sorry existence I can understand that but to praise them and fuel their gold digging mentality really is a sad comment of your own existence.  Let’s call these women what they truly are “Pretentious whores of _________ county”  Would you let your child be baby sat by one of these botox injected skanks?   Probably not.

I think we all were at one time a “know it all” teenager that was embarrassed to be seen in public with our parents.  I also remember something my late father told me in the basement of our home in Strongsville, Ohio:  “You will eventually realize that your mother and father will be the best friends you will ever have.”

Dad…you were right.  I’m just glad you passed before I had to attempt to explain Honey Boo-Boo.