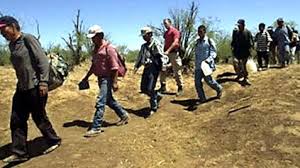 Let me preface this post by saying how much I admire our armed forces.  Their courage and bravery are second to none.  I do not share the same feelings about our country.  We have what my late father would call “nose problems.”  We don’t like what is happening in another country we intervene and call it a “humanitarian effort.”  Why doesn’t our government call it what it is……an invasion.

Israel aside, we have no right to be the Police of the World.  Take Iraq for instance.  I understand that Sadaam Hussain was a tyrant but the majority of the people in that country are savages.  We invaded a country and strongly suggested our form of government.  That would really please Hitler.

You want to stop corruption and the breaking of laws?  Invade Palm Beach County and take a look at County Commissioners and our shady sheriff, Rick Bradshaw, that allegedly believes there is nothing wrong with gunning down an unarmed citizen on his own property.

We have so many of our troops spread across the globe we can’t stop illegal aliens from entering our country.  Estimates are that 230K illegal children will cross our border in the next 24 months.  Those represent jobs that will be taken from the honest, hard-working American.

My solution?  Bring home all of our troops and shut down our borders  We are being invaded and are doing nothing about it.  Did we learn anything from Pearl Harbor and 911?  Apparently not.

Have ya heard that the sky is REALLY falling?  Within the next 24 hours twenty-six pieces of space junk will fall to earth.  Space junk?  Sounds like something an astronaut would pull out of his suit after too many patrons.  NASA tells us that the chance of any one person getting hit with debris is 1 in 3,200.  The heaviest piece of debris will weigh 348 pounds.  I’m not sure how YOUR luck in life has been but after reading this I am fully expecting  to get crushed by the weight of an NFL lineman within the next day.

So ya get pummelled by a piece of space junk.  What is your next move?  This is America so we sue.  Who ya gonna sue the government?  The government is broke and in huge debt so even if ya win your case you’re not gonna collect.   Our government only has disposable cash for foreign interests.  With these obstacles in mind I have come up with a solution my friends!!!!

Befriend an illegal alien and make sure they don’t leave your side for the next 24 hours.  You can usually find one in the parking lot of a Home Depot in the early morning hours or reporting for housekeeping duties at the home of one of our elected officials.  Stay close to him or her as some of these pieces of space junk are small enough that they will only take out one person.  I plan on carrying mine on my back like a pappoose.  It may be difficult to manuever for a day but  that’s the price you have to pay to protect your rights as an American.  If by chance you and Jose get wiped out by some space junk then your family will be sure to collect because you were collateral damage in our inadvertent attack on a foreign country.

Ya gotta be thinking in today’s world.  Now to put on my football helmet and go for a run!!!