Christmas Eve was always special for me as a kid. Family would show up and we would have a traditional Polish “Poor Man’s Meal.” Basically it was a very dry fish (sole I believe) served with pierogis and lots of sausage and kraut. Who was I kidding. I was and only child and I just wanted everyone to eat their shitty food so we could go upstairs and open up the damn presents. Things changed forever on that cold and blustery Christmas Eve in 1985.

This was my first Christmas Eve away from home and my family. I got into radio in the summer of 1985 and that changed the way I would celebrate the holidays. More often than not I was away from family. Christmas Eve 1985 found me in Grand Rapids, Michigan. I was two hundred and eighty-five miles away from my childhood home in Strongsville, Ohio. There was a terrible snowstorm that day and I was very sick. I had a fever and was alone for the first time on Christmas Eve. I called my mother to wish her well on the dinner and celebration she was about to have.

I got my first dog when I was in second grade. She was a collie. I named her “Lady.” Lady was my companion from the second grade on. Being an only child Lady was the closest thing to a sibling I would ever have. I was on the phone with mother that Christmas Eve when I heard the doorbell ring in the background. Mom explained she had to go as company was beginning to arrive. Something was not right. Something was missing. My dog would ALWAYS bark when someone rang the door bell. I stopped my mother before she could hang up and I asked in desperation, “What the hell is going on? Why is Lady not barking???” The pause seemed endless. Mother then took a deep breath, hesitated and said “Ya know when ya left in August and said I would know when it was time……..” There was a momentary lack of reason that filled my head. Suddenly it was clear to me…..Mother had killed my dog.

To this very day Mother will deny this ever happened. That’s what parents do as they get older. They develop selective memory and like to rewrite history. That was a long time ago yet it seems like it was yesterday. When your door bell rings this Christmas Eve and I hear your dog barking I can be rest assured you have never met my Mother. 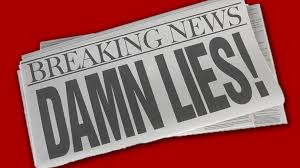 What could go wrong at a massage parlor, 3 things I don’t understand, itchy penis and more.  Just click below to listen.

Sunday mornings, as a kid, I would have to wash both family cars.  I would always listen to Casey Kasem on my “boom-box” counting down the forty most popular songs in America.  As I write this the former host of AT 40  lies gravely ill and his second wife has been accused of throwing raw meat at her step-daughter Kerri.  Let me run that by you one more time……Jean Kasem was launching raw meat at Casey’s daughter, Kerri.

Jean Kasem doesn’t deny this but who would think of pelting a family member with ground chuck?  I’d understand a leg of lamb or a smoked herring but raw meat?  Have you checked the price of raw meat in stores these days?  Perhaps one of Dad’s old 45’s from ELO would make more sense.  Casey Kasem is bedridden with lung and bladder infections and allegedly has a form of dementia—in a way that may be a blessing because he won’t remember his nutball second wife hurling hamburger at his daughter.

So what does Jean Casem have to say about these allegations?  She told NBC News:  “In the name of King David, I threw a piece of raw meat into the street in exchange for my husband to the wild rabid dogs”  I’m not kidding.  I’m not well versed in the words of King David and his alleged endorsement of flogging someone with flank steak but in my ten minutes of trying to google a connection the closest I came was in the book of Samuel where King David would roast raw meat instead of eating boiled meat.   The only thing that bit of information does for me is clearly the meat in question couldn’t be corned beef. 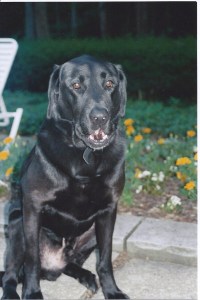 On December 7, 2013 I said good bye to my best friend.  He was a 14 ½ year old black lab named Champ.  I held him in my arms as he was put to sleep and his journey to the Rainbow Bridge began.  Champ was not just a dog.  He truly was the best friend I ever or will have.  We were constant companions and we really did take care of each other.

Champ never needed a leash because I had him since he was 6 weeks old and I taught him to always remain within twenty feet of me.  I could let him outside and I didn’t have to watch him.  He knew his boundaries and when he was ready to come back in he would open the gate on his own (taught him that as well) and he would just lay down patiently by the back door.

The first two weeks without my friend I cried non-stop.  This wasn’t just a pet….I was alone without my best friend.  Those of you that knew Champ know what I am talking about.  Everyone would always say “that truly is the best dog ever.”  He was and always will be.

When I first got Champ I was stumped in choosing out a name.  I was watching the NFL Draft and they mentioned a rookie player named “Champ Bailey.”  I immediately knew the name of my friend:  He would be called “Champ.”

Today Champ Bailey is in is fifteenth NFL season with the Denver Broncos.  Champ Bailey has never been to a Super Bowl until this year.  In less than two weeks I will be cheering for Champ and his Broncos because I truly believe my best friend is a world champion as well.

I really miss my friend but honestly believe that a Super Bowl victory for Champ Bailey and his Broncos will be a fitting ending to my best friends time here on earth.  I will be watching the game with my best friend’s spirit and hope to one day shake that wonderful paw in congratulations at the Rainbow Bridge. I miss you friend.